How to Configure Network Static IP Address in Ubuntu 18.04 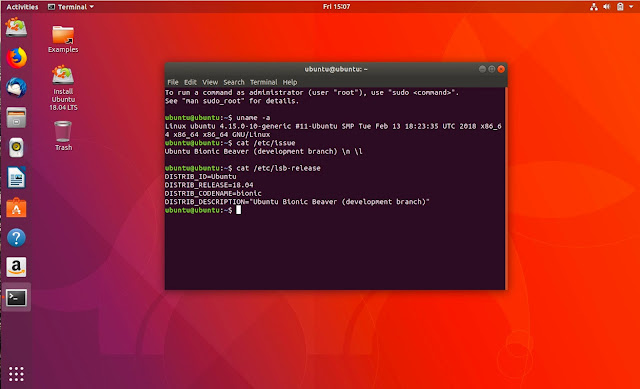 Netplan is a new command-line network configuration utility introduced in Ubuntu 17.10 to manage and configure network settings easily in Ubuntu systems. It allows you to configure a network interface using YAML abstraction. It works in conjunction with the NetworkManager and system-networked networking daemons (referred to as renderers, you can choose which one of these to use) as interfaces to the kernel.

It reads network configuration described in /etc/netplan/*.yaml and you can store configurations for all your network interfaces in these files.

In this article, we will explain how to configure a network static or dynamic IP address for a network interface in Ubuntu 18.04 using Netplan utility.

From the output of the above command, we have 3 interfaces attached to the Ubuntu system: 2 ethernets interfaces and the loopback interface. However, the enp0s8 ethernet interface has not been configured and has no static IP address.

In this example, we will configure a static IP for the enp0s8 ethernet network interface. Open the netplan configuration file using your text editor as shown.

Important: In case a YAML file is not created by the distribution installer, you can generate the required configuration for the renderers with this command.


In addition, auto-generated files may have different filenames on a desktop, servers, cloud instantiations etc (for example 01-network-manager-all.yaml or 01-netcfg.yaml), but all files under /etc/netplan/*.yaml will be read by netplan.

Then add the following configuration to the ethernet section.

Once you have added, your configuration file should now have the following content, as shown in the following screenshot. The first interface enp0s3 is configured to use DHCP and enp0s8 will use a static IP address.

Save the file and exit. Then apply the recent network changes using following netplan command.

Now verify all the available network interfaces once more time, the enp0s8 ethernet interface should now be connected to the local network, and have an IP address as shown in the following screenshot.

To configure the enp0s8 ethernet interface to receive an IP address dynamically through DHCP, simply use the following configuration.
# This file describes the network interfaces available on your system

Save the file and exit. Then apply the recent network changes and verify the IP address using following commands.$ sudo netplan apply

From now on your system will get an IP address dynamically from a router.
You can find more information and configuration options by consulting the netplan man page.$ man netplan

Congratulations! You’ve successfully configured a network static IP addresses to your Ubuntu servers. If you have any queries, share them with us via the comment form below.