Home » Tech » How to Become a HACKER ? And What is The Programming Languages Do Hackers Use in Hacking

How to Become a HACKER ? And What is The Programming Languages Do Hackers Use in Hacking 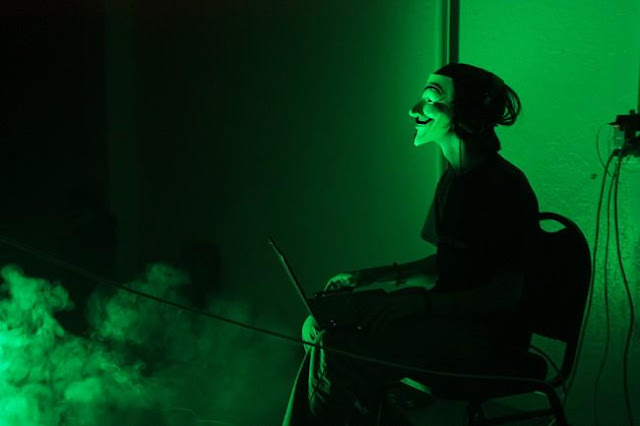 Well, talking about the softwares for hacking? There is no such software that would that would directly crack your any piece of code and let you inside your girlfriend’s account. Just kidding !! Hacking is not something you can learn by simply reading eBooks, reading this article, watching YouTube videos, liking hacking related Facebook pages or by following some websites. But these are very important to practice for hacking and to raise your interest and gain more knowledge. Yes, It needs a lot more efforts. You have to be constantly updated with the latest technology and you should do a lot of live hacking then only you will reach near perfection.


The Programming Languages Do Hackers Use in Hacking

Now if you are interested in web hacking subject, the subject then I would recommend you to learn the following languages:

1. HTML – Start with Html if you don’t know it. It's easy to learn and you will get to know it within a few months.

2. Javascript – Next learn javascript, which will help you understand the fundamentals of cross-site scripting which will be explained later in this book.

3. SQL Databases – You should learn to work with databases, which will help you to understand the fundamentals of SQL Injection attacks which will be also explained later in this book when we come to the Web Application hacking chapter.

4. PHP – Learning PHP should be your one of your first priorities if you want to understand the mechanisms behind the web hacking attacks. I would recommend you to learn it as soon as possible.

W3schools – W3schools has a wide variety of e-learning courses including languages like PHP,
HTML, Javascript etc, If you have zero knowledge of programming languages try starting with HTML and javascript.

Lynda – You can also go for Lynda video tutorials. Things are more elaborated over there

Exploit writing is a very difficult segment in hacking as it requires pure programming knowledge, which is why I will not recommend you to start with exploit writing, Exploits are/can be coded in almost any programming language e.g C/C++, Python, Perl etc, but more than 50% of the exploits you will find on the web will be coded in C/C++ languages because they were present before any one of other languages. Languages such as C and C++ are considered as programming languages whereas languages such as Ruby, Perl, and Python are considered more as scripting languages.
I would recommend you to start with C languages and then to C++, C/C++ have lots of similarities, so if you could get a good grasp on any one of them you can learn the other one easily.

Ruby – Talking about scripting languages, I would recommend you to start with Ruby, Ruby is one of my most favorite programming languages as it’s purely objected oriented which means that everything you work on is an object. Ruby is really useful when it comes to exploiting writing, Ruby is used for coding Meterpreter scripts and what could be better than the Metasploit framework itself was coded in ruby language.

Python – Python is also a very useful programming language, it can also be used for exploit writing, If you go for python first then make sure that you learn Python socket programming as it will help you a lot in the exploit creation process.

PERL – Talking about PERL, it’s also used widely for exploit writing, you will find lots of exploits out there written in PERL, but the problem is that Perl is really difficult compared to other languages such as ruby and python so I would recommend you to learn it at the very end.

Reverse engineering is an act of tampering software, applications to make them work out the way, If you are interested in reverse engineering and software cracking stuff then you would surely need to learn Assembly language.