A graphics processing unit is a specialized electronic circuit designed to rapidly manipulate and alter memory to accelerate the creation of images in a frame buffer intended for output to a display device. GPUs are used in embedded systems, mobile phones, personal computers, workstations, and game consoles.

Earlier CPU(Central Processing Unit) used to do that. But the change in technology(like 3D) and some graphics-intensive applications such as AutoCAD have put a lot of strain on the CPU by degrading its performance. To offload these work on CPU, GPU’s were developed. A GPU may be found integrated with CPU on same circuit, on a graphic card or in the motherboard of PC’s. 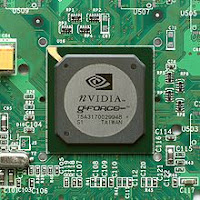 The term GPU has been used from at least the 1980s. It was popularized by Nvidia in 1999, who marketed the GeForce 256 as "the world's first GPU". It was presented as a "single-chip processor with integrated transform, lighting, triangle setup/clipping, and rendering engines".
Built on the 220 nm process, and based on the NV10 A3 graphics processor, the card supports DirectX 7.0. The NV10 A3 graphics processor is an average sized chipwith a die area of 139 mm² and 17 million transistors.

These are series of GPU’s developed by one of the leading manufacturers of GPU units—Qualcomm. The core was initially developed under the Imageon brand name by ATI technologies which was acquired by AMD in 2006.After the buyout in January 2009, Qualcomm renamed the Imageon products to Adreno, an anagram of Radeon. The first among the series is Adreno 130 and the current one in the series is Adreno 540. The Qualcomm embedding them on to its Snapdragon Processors.

Mali (GPU) The Mali series of graphics processing units (GPUs) are semiconductor intellectual property cores produced by ARM Holdings for licensing in various ASIC designs by ARM partners. This line of GPUs was as a result of ARM Holdings' acquisition of Falanx Microsystems A/S on June 23, 2006. 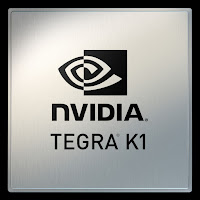 This is name of another series of GPU’s that are developed by the world’s first GPU manufactured company NVIDIA.The first among the series is Tegra APX 2500 and the latest one is Xavier. The first company to use this Tegra series is Microsoft.

PowerVR is a division of Imagination Technologies (formerly VideoLogic) that develops hardware and software for 2D and 3D rendering, and for video encoding, decoding, associated image processing and DirectX, OpenGL ES, OpenVG, and OpenCL acceleration.