Home » Tech » New Updated iPhone SE Is Likely To Launch In Q1 2018, Said To Be Arriving First In India

New Updated iPhone SE Is Likely To Launch In Q1 2018, Said To Be Arriving First In India 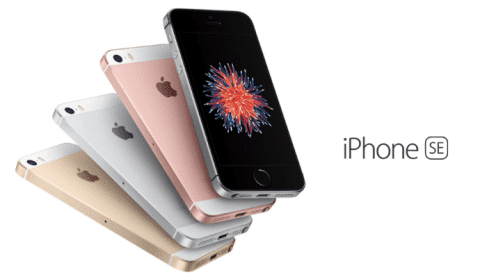 Apple launched the iPhone SE last year, which is a smaller iPhone that was targetted towards a specific set of people. It was supposedly cost less in comparison to the other regular variant of the iPhone in the market and in fact, even in India, the device was received quite well, despite it not being all that inexpensive. However, now we have some new reports which claim that the company is planning on refreshing this variant with updated specs.
On the other hand, the news which is far more interesting than this is the fact that Apple is said to launching the smartphone first in the Indian market. Yes, the new iPhone SE is said to be manufactured by Wistron and it has been reported that it will reportedly start shipping early next year. And in case if you have been following the news, then might already know that Wistron is the same manufacturer who started assembling the current generation of iPhone SE in India.
The manufacturer is said to add a new production line for the new iPhone SE and it has also been reported that Wistron is currently in talks with Karnataka Government for additional land. This indicates that we could be seeing double or even triple amount of production capacity in coming years. The price of this particular smartphone is said to go down, thanks to the tax exemption on basic customs duty.
And now talking about the device itself, it looks like this new iPhone SE will sport a 4-inch to 4.2-inch display on the front and it also looks like the device will be offered in 32GB and 128GB storage configurations respectively. In terms of the SoC, it has been reported that it is most likely to run on Apple’s A10 chipset and it will be kept powered by a 1700mAh battery.
Well, if the reports are true, then this could very well turn out to be a great offering in the country. Also, given the fact that affordable smartphones are being pushed more than ever in the country, if Apple manages to price it well, then this could be a great offering for the people. Having said that, be sure to let us know what do you think about this by leaving a comment down below.
Source – Focus Taiwan