Home » Tech » So what if iPhone 8 ditches under-glass Touch ID? It may scan your face while lying flat

So what if iPhone 8 ditches under-glass Touch ID? It may scan your face while lying flat

A+ A-
Print Email
Apple iPhone 8 - Top 5 highly anticipated features
Apple's upcoming iPhone 8 has been the talk of the town over the last few months for quite a few reasons. Starting from being the company's 10th anniversary iPhone to probably ditching the Touch ID fingerprint sensor to embrace facial recognition, the next-generation flagship device has created a lot buzz around the tech world.
While there is obviously no official confirmation from Apple about the iPhone 8 and the changes it will bring to the iconic device, KGI securities analyst Ming-Chi Kuo has claimed that the company will indeed drop Touch ID this time around. According to him, Apple has "cancelled" plans to embed the fingerprint sensor into the iPhone 8, and will instead rely on a face unlock feature.
Kuo's forecast contradicts some earlier reports, suggesting that Apple might have found a solution to make the display-mounted Touch ID fingerprint sensor a reality. However, code found in Apple's HomePod firmware apparently suggests that Kuo's prediction of the iPhone 8 featuring a facial recognition system could turn out to be true. 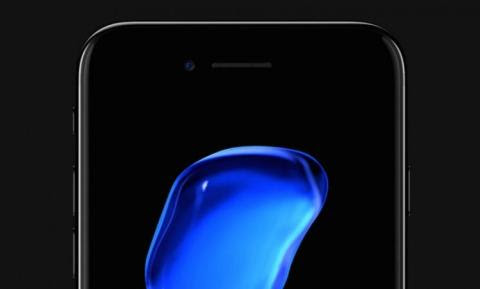 Apple's iPhone 8 may ditch Touch ID to embrace facial recognition.Apple
Uncovered by iHelp BR, the code within the HomePod firmware revealed that the system -- nicknamed "Pearl" -- will be able to scan someone's face and unlock the iPhone 8 even while it is lying flat on a table. Code strings include the likes of "AXRestingPearlUnlock" and "com.apple.accessibility.resting.pearl.unlock" while the term "resting" appears in reference to Pearl for multiple times.
The HomePod firmware discovery also corresponds to a recent Bloomberg report saying that Apple was working on a facial recognition technology, which would be able to authenticate within a few hundred milliseconds. The report also said that the new technology would be powered by a new 3-D sensor, which would be fast enough "to work even if the device is laying flat on a table, rather than just close up to the face." 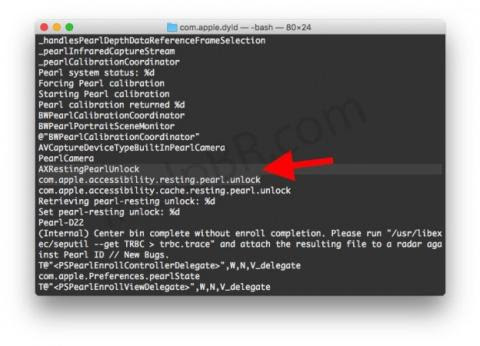 Apple HomePod firmware code.iHelp BR
There will be people concerned about security, and wondering whether the financial institutions partnering with Apple on Apple Pay will trust the new feature. According to reports, the iPhone 8's facial recognition would likely collect more data points than Touch ID fingerprint scanner, making it more secure.
In addition to the facial recognition capability, the iPhone 8's front camera will also likely be able to handle depth of field data to create a blurred (or bokeh) effect with the help of an infrared transmitter and receiver.
Apple is most likely to release three iPhones this year. The iPhone 7s and 7s Plus models are said to be conservative upgrades over the existing iPhone 7 and iPhone 7 Plus. The premium iPhone 8, however, will have many new features including an OLED screen, a new physical design, slightly curved glass, wireless charging and 3D sensors.